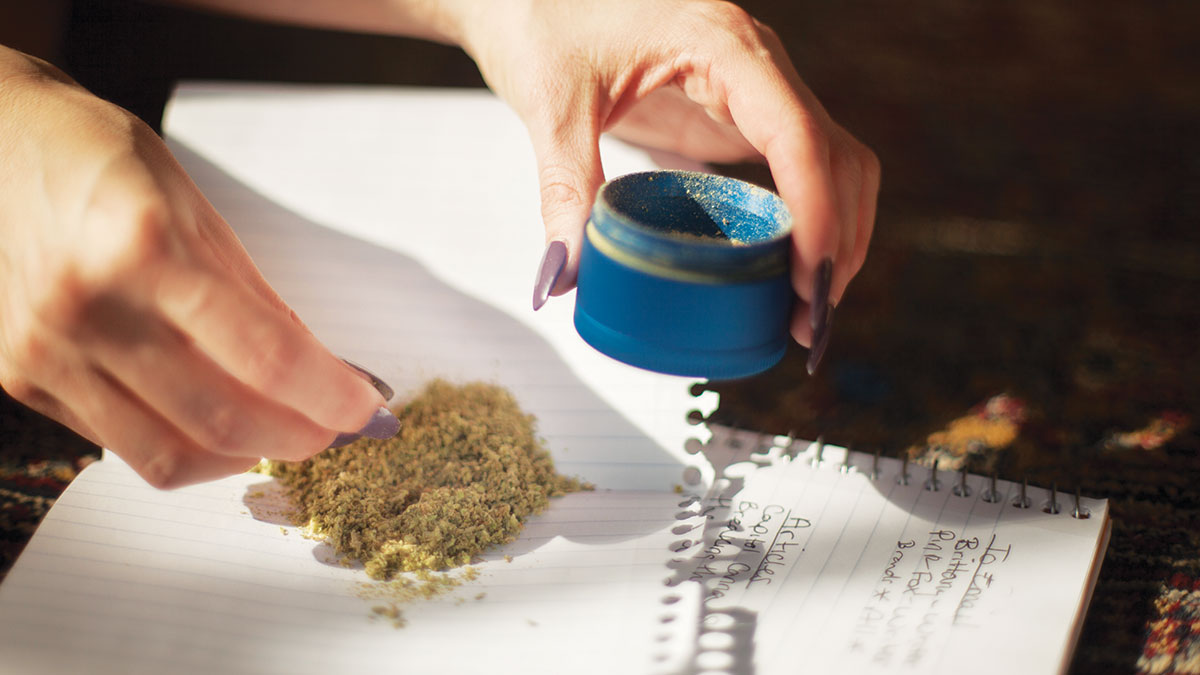 The controversy over Delta-8, the cannabis industry’s hottest new product

About four years ago, one of Josh Swider’s clients, a cannabis extractor, made a big mistake. The extractor had produced a batch of oil comprising the wrong kind of THC, which is the molecule of the pot plant that gets you high. The batch was based on Delta-8 THC, rather than the more potent Delta-9 that dominates both the cannabis plant and the cannabis industry.

“Back then, only a few years ago, most people considered Delta-8 to be garbage,” says Swider, CEO of Infinite Chemical Analysis Labs, a cannabis-testing company based in San Diego. According to Swider, the client destroyed the batch, writing it off as waste, and started over. “Nobody would buy it,” he says.

Times have changed: Rather suddenly, Delta-8 has become the hot new product on the cannabis scene, with companies popping up to sell it because, for the moment, a lot of people consider it to be as legal—federally—as CBD, another component of the pot plant. CBD doesn’t induce a high but has some known curative properties, and might have a whole bunch more that are yet to be proven. CBD is available all over the place: in drugstores, in supermarkets, from online retailers, and even in gas stations. As long as it’s derived from hemp, it’s perfectly legal, thanks to the 2018 Farm Bill, which lifted the legal ban on hemp, a cousin of the marijuana plant that contains only scant amounts of THC.

It’s also thanks to the Farm Bill that Delta-8 products—which are made from hemp—have become widely available, even though they can and do get you high (though the high is less intense than the one caused by the more common Delta-9 THC). The legality of Delta-8 is hotly disputed, and comes down to interpretations of the Farm Bill (which states that derivatives of hemp are legal), the Controlled Substances Act (which bans THC outright) and the policies of the Drug Enforcement Administration and the Department of Justice. It’s a big policy mess that will likely be resolved in one of two ways: by state and local jurisdictions banning or regulating Delta-8 specifically—some government agencies are already starting to address the question—or by the federal government legalizing cannabis and thus, most likely, bringing Delta-8 under tight regulatory control.

In the meantime, though, companies are selling Delta-8 left and right, and not just, or even primarily, in cannabis shops. You can buy it online, for example. Often, labels on Delta-8 products do not mention THC at all.

Discussions of hemp often include a misleading bit of shorthand: that hemp is legal because it “contains no THC.” In fact, hemp contains a tiny bit of THC. The legal standard under the Farm Bill is that, to be legal, the amount of THC in hemp must be less than 0.3%, which is well below the amount needed to cause noticeable psychoactive effects. THC, though, can be extracted from hemp to create products that themselves go beyond the legal limit. However, the Farm Bill specifies that the limit applies to Delta-9 specifically. That’s the loophole Delta-8 retailers rely on.

Another complication: Delta-8 can be converted from CBD. That’s another reason producers say it’s legal. This, like all arguments for the legality of the substance, amounts to a “misconception,” says Dr. Ethan Russo, CEO and founder of Credo Science, a cannabis-research company.

“It’s all illegal,” he says. And even beyond that, he adds, Delta-8 is often marketed unethically. Many companies don’t note on the label that the substance is psychoactive. Kids can buy it, even though they could never enter a legal cannabis shop.

There are no guidelines for marketing Delta-8, as there are for marketing other cannabis products in states where cannabis is legal. Usually, there’s no way to know how much THC is in a given product, or what else it might contain.

Delta-8 appears to be substantially less intoxicating than Delta-9. And there’s anecdotal evidence that it doesn’t cause the anxiety and paranoia that many people experience with Delta-9.

“That could be true, but it hasn’t been scientifically demonstrated yet,” Russo says.

If it is true, though, it’s possible that Delta-8 could end up becoming a legitimate cannabis product—sold in dispensaries, regulated, and marketed to people who like the high they get from pot, but don’t like dealing with the anxiety that often accompanies it. Or it could prove to be a useful medical product. Some research indicates that, for some applications, CBD works best in concert with THC—the so-called “entourage effect.” It’s easy to imagine medical-cannabis concoctions made from CBD and Delta-8 that don’t get users high, or get them only mildly high, but are still effective the same way CBD/Delta-9 products are effective.

Not much research has been conducted on Delta-8 specifically, but a small study in Israel in the 1990s found that it seemed to relieve the nausea caused by chemotherapy in all 10 of the pediatric cancer patients it was tried on. It might even be more effective than the medical cannabis products made with Delta-9.

“What we need are a lot more studies, controlled in a lab,” Russo says.

For now, “it’s hard to tell what’s hype and what’s real potential,” says Dr. Peter Grinspoon, a physician at Massachusetts General Hospital and an instructor at Harvard Medical School who studies cannabis. “All the claims for Delta-8 are based on anecdotes.”

As with so many of the problems associated with cannabis, this one stems from our bifurcated legal system, where many states have legalized pot for recreational or medical use while the federal government still considers it a felony. Federal legalization would go a long way toward clearing up the confusion, and ensuring that Delta-8 products are safe, says Grinspoon. “If it were just all legal, we could research it, and we could make sure it’s safe. What we need is a regulatory framework.”

But what we have, for the moment, is the Wild West.