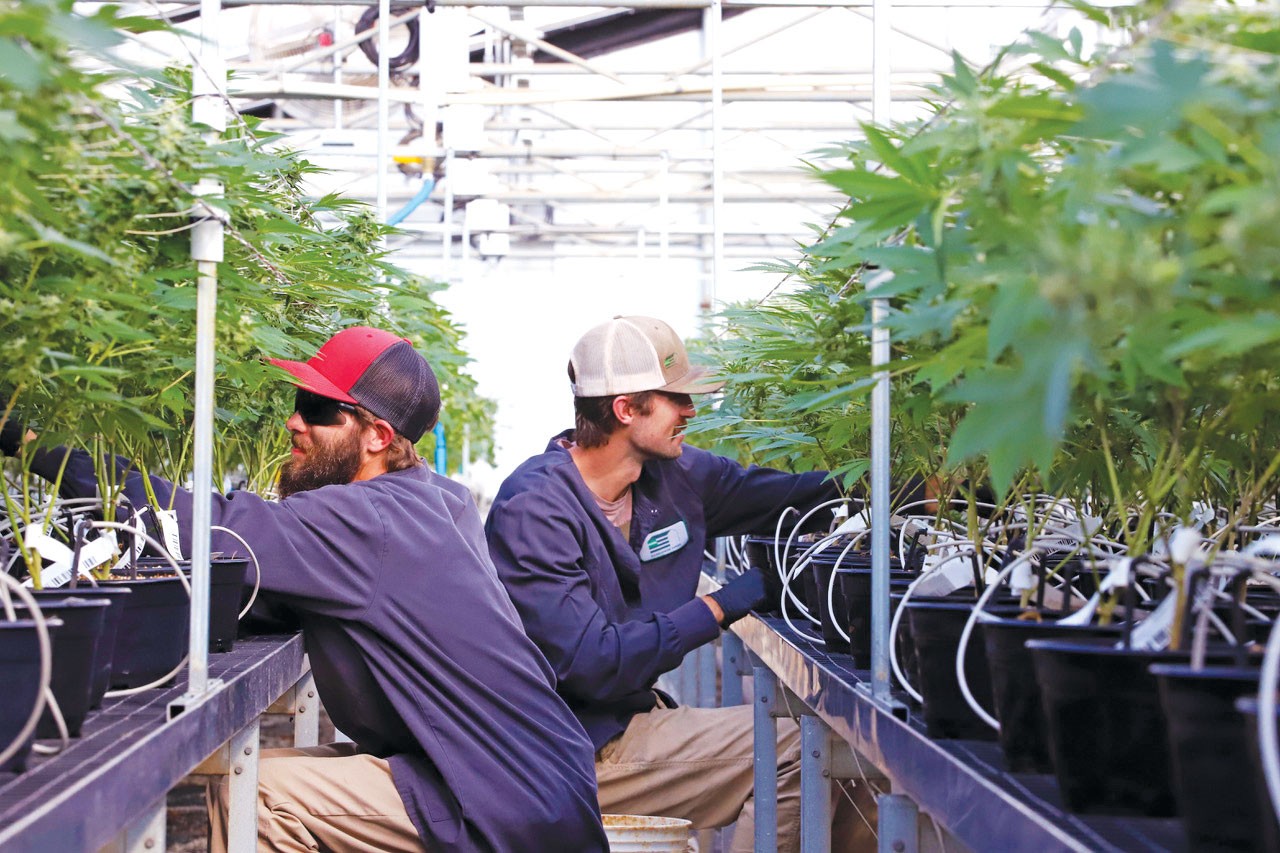 Clones are ‘flying off the shelves’

People are finding all kinds of things to do while they’re stuck at home: binge-watching Netflix, playing board games, doing jigsaw puzzles, learning a new instrument. And many are growing pot, often for the first time. So many, that the companies that supply home-growers are having a hard time keeping up.

Oakland-based Harborside is among the relatively few dispensaries to offer cannabis clones, the plant cuttings that both hobbyists and professional growers often start with.

“People are waiting three hours for their clones,” said Pedro Fonseca, a general manager for Harborside.

All three of the chain’s Bay Area dispensaries—in Oakland, San Leandro and San Jose—sell clones. (A fourth shop, in Desert Hot Springs, does not). The customers wait not because the shop is backed up, but because it’s never certain precisely when the stock will arrive. The fact that they’re willing to wait that long is a testament to both the strong demand for clones and the tight supply. If they were to leave, they might be out of luck for at least several days.

We expect to get about 2,500 clones this weekend, and in two or three days, they’ll be gone,” Fonseca said.

Another reason people wait: Harborside doesn’t offer delivery of clones, because the risk of damage during transport is too great.

People are so hungry for clones that the stores have asked the chain’s wholesale farming division, Harborside Farms, based in Monterey County near Salinas, to let them sell its clones. Normally, they are sold only to manufacturers, which then grow the plants at their own facilities before processing them into concentrate for use in vapes and edibles (many of which are, in turn, sold at Harborside’s dispensaries).

“They’re flying off the shelves,” said Tomas Levya, an assistant cultivation manager at Harborside Farms. Demand, he said, is up for both homegrowers and the growing operation’s usual corporate customers.

Businesses all along the supply chain report the same.

“We have sold four times the amount of soil this year than we did all of last year,” said Ellis Smith, co-founder and board chairman at American Cannabis Company, based in Colorado. “Business is just exploding, and we can’t keep up. It’s a good problem to have.”

ACC’s main business is in consulting cannabis and hemp companies of all kinds. But a few years ago, it got into the supply business and it sells a lot of soil; specifically, a ready-to-use potting mix called SoHum Living Soils, which Smith referred to as “the Chia Pet for cannabis.” As such, the soil is particularly attractive to newbies, since cannabis can be a tricky plant to grow even in the best circumstances. Homegrowing has become so mainstream in recent years that ACC has deals to sell through the online stores of Home Depot and Walmart. Growers of tomatoes and other plants can and do use the soil, which Smith said is marketed in two different packages: one aimed at pot growers that sports the word “cannabis,” and “a Bible Belt version” that doesn’t.

ACC sells to professional growers as well as hobbyists, and Smith said he’s been getting more questions from the second group lately. Smith, Fonseca and Levya all said the most common questions they get concern watering. Many new growers do it wrong, by not watering enough, by overwatering, or sometimes, by not watering properly. One grower sent him pictures of her plant after watering it, and he noticed that the soil was nice and wet, but not at the stem.

“She said somebody had told her to do that ‘so that the roots will reach out for the water,'” Smith said. There are a lot of myths like that in circulation, he noted, adding: “Everybody’s an expert, I guess.”

When choosing clones or seeds, many newcomers are “looking for something that’s easy to grow,” Levya said. With clones, they might pick an older variety that’s already about 15 inches tall, as opposed to the more-common clones that are less than half that height. Or they might start with so-called “autoseeds,” which, unlike their more-traditional counterparts, don’t need to be induced into germinating via careful manipulation of their exposure to lighting. (For growing tips, check out Bay Area stalwart Ed Rostenthal’s website at edrosenthal.com).

The other major question is: indoor or outdoor? There are many considerations, but in general, it’s easier to grow outdoors if that’s possible, since you don’t have to worry so much about temperature and humidity in order to control pathogens and pests. You also don’t have to worry about lighting.

But time is running short for anybody choosing between the two.

“Now is the time to plant outside,” Levya said.