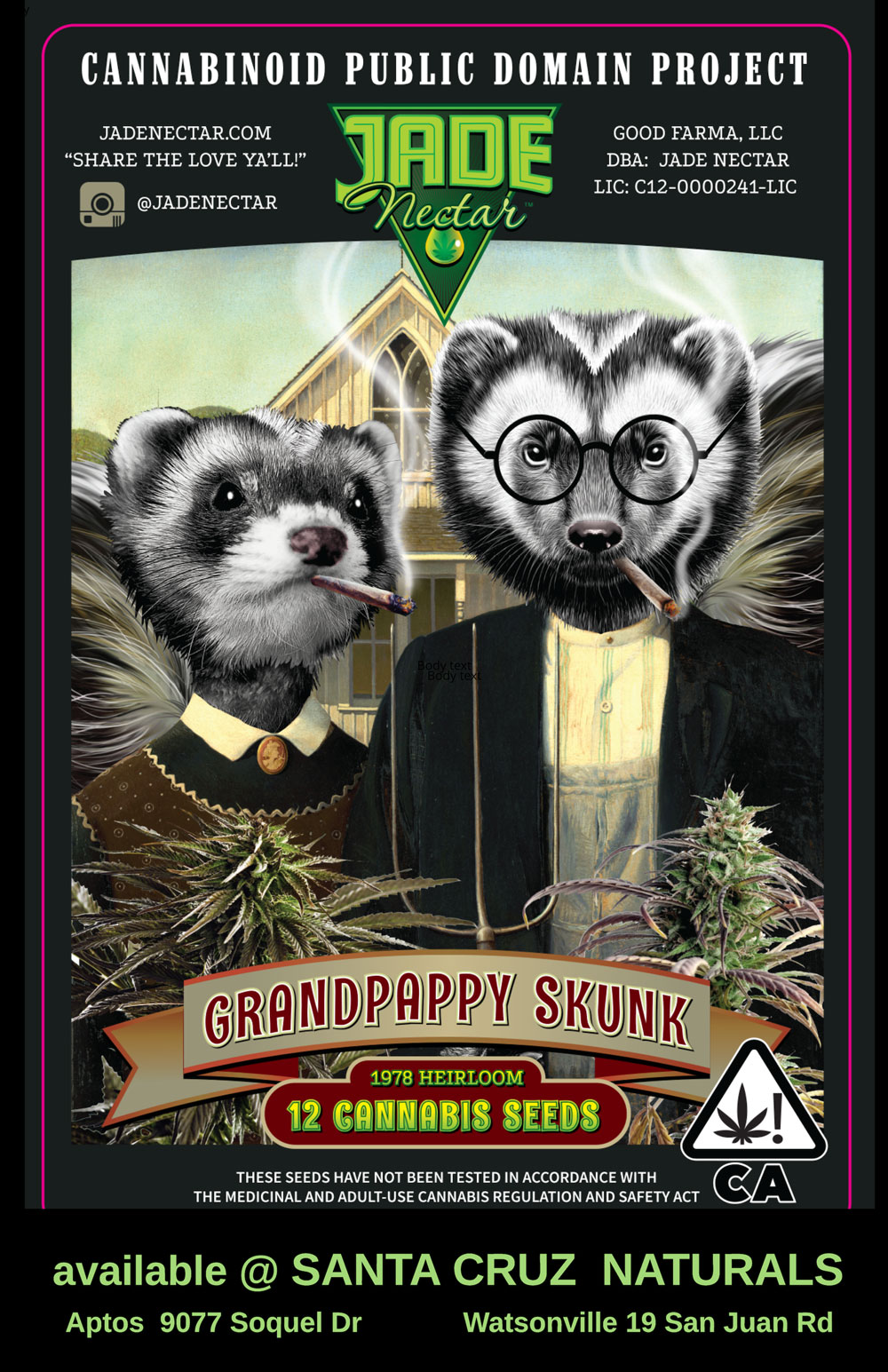 It was Jeff Nordahl of Jade Nectar who named the seeds Grandpappy Skunk. Jeff squinted in the noon sun on the mountain top at his Boulder Creek farm, grinned and said, “Those seeds you gave me that Wayne froze in 1978, they are the grandfathers and grandmothers of the first Skunk.”

Within 24 hours of my article “Skunk City” hitting the cannabis dispensary shelves in December’s Cannabis Chronicle, I started getting emails from people who wanted to grow out these seeds that had helped to change the world of cannabis in the late 1970s—and that I wrote about discovering and cultivating after they’d been in a deep freeze for more than 40 years. Even the seed’s breeder, Sam the Skunkman, emailed me from the Netherlands. And yes, it appears that they are the grandparents of the world-famous strain Skunk No.1 that Sam developed in the ’80s.

The emails kept coming—from geneticists and backyard farmers, from women with names like Señorita Groovy and Mary Jane, until finally I said, “Enough! If Wayne’s dream is to distribute these seeds that have made him happy and creative, it’s time for these folks to get Wayne’s seeds in the ground.”

I emailed back more than 40 people and told them to meet me at the Corralitos Farmers Market. To their credit, these backyard farmers were so adamant about getting these seeds that they walked up to me while I was playing the banjo. That is dedication. I gave away 12-seed packets and talked for hours with this motley crew of passionate growers. Everyone vowed to share their growing experience, and our Grandpappy Skunk community was born. Within a week, Señorita Groovy and Mary Jane reported a 100% germination rate.

When Jeff Nordahl learned of the forming community of Grandpappy Skunk growers, he contacted us about doing a limited seed release through dispensaries with the seeds we had given him a few years ago. Grandpappy Skunk seeds are now available at Santa Cruz Naturals in Aptos and Pajaro for anyone who wants to grow Grandpappy Skunk this season.

Jeff is making the seeds part of his Jade Nectar Cannabinoid Public Domain Project, dedicated to saving and preserving heirloom cannabis seed stock for public use. Jeff tells me, “Our Cannabinoid Public Domain Project is an effort to free all of the cannabis genetics and cannabis compounds so everyone has equal access to this amazing plant that was created by the universe. Jade Nectar encourages everyone to grow their own cannabis and make their own cannabis medicines. Perhaps there is no better way to celebrate your freedom these days than growing cannabis under an American flag in your backyard.”