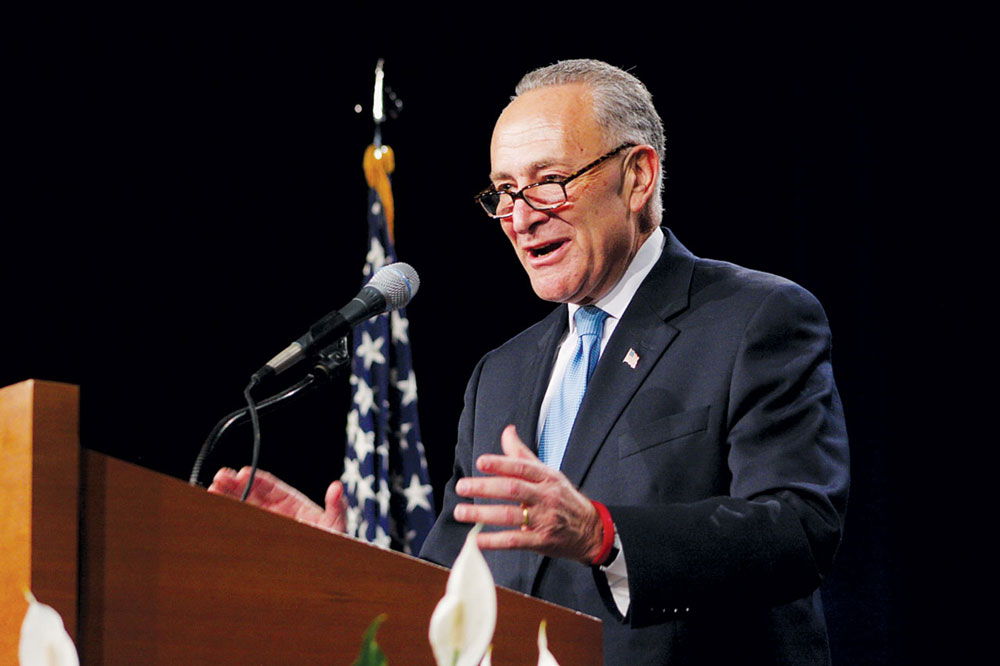 If it seems ludicrous that Congress is debating bills to enable the cannabis industry to do business, and to regulate it—all while even simple possession of weed is a federal crime—that’s because it is. It’s even more ludicrous that this is all happening even as states continue to legalize it left and right. What’s more ludicrous than the fact that pot is fully legal in the state of Montana, but not under federal law?

Still, ludicrous or no, all of these efforts are helping to push Congress toward full federal legalization, which increasingly seems inevitable. Though, as with everything, this is contingent on whether the American republic continues as a liberal democracy, which is far from certain at the moment. In a way, the sheer ridiculousness of, say, passing a law to enable banks to do business with companies whose very existence is felonious under federal law is quite effective in revealing how upside-down the whole setup is at this point. You might think your local Cookies dispensary is just a shop where you buy pot gummies, but the federal government considers it to be a major drug dealer while also debating whether it should be allowed to have a checking account with Wells Fargo.

Basically, every lawmaker knows the situation is both insane and unsustainable, but many of them are either intent on continuing to use weed as a culture-war cudgel for as long as they can, as Senate Minority Leader Mitch McConnell, a Republican from Kentucky, has repeatedly done, or they’re trying to figure out how to benefit politically from legalization. Political games often take a long time to play out.

On Friday, the House passed a bill that, if passed by the Senate and signed by President Biden, would result in the Secure and Fair Enforcement Act, protecting banks from legal liability for doing business with cannabis companies. It’s the sixth time the bill has passed the House. Even though SAFE, like other pot-friendly bills, is bipartisan, McConnell and his allies keep quashing it in the Senate, where Democrats hold a slim majority. McConnell has leveraged that tiny margin for all it’s worth, and there’s no obvious reason for him to stop doing so now: To him, pro-cannabis legislation, bipartisan or not, is a Democrat thing, and all Democrat losses are wins. He has enough Republicans and “centrist” Democrats on his side to block the bill if he chooses, thanks to the filibuster.

Also on Friday, Senate Majority Leader Chuck Schumer, a Democrat from New York, announced during a press conference that he would finally file his legalization bill, the Cannabis Administration and Opportunity Act. During the same event, Jerrold Nadler, also a Democrat from New York, said his similar bill in the House—the Marijuana Opportunity, Reinvestment and Expungement Act—is moving forward.

But again, there is the McConnell problem. And even if McConnell were to suddenly change his mind and allow such bills to pass—or if the Democrats finally do away with the filibuster—there could still be a Biden problem: Although the president in recent years has displayed increasing levels of acceptance of legal weed, his official stance is still that he’s against full legalization. But he has said he favors decriminalization and the expungement of the criminal records for most people convicted of pot crimes. There’s that ludicrousness again.

Meanwhile, various agencies are working on various regulatory schemes for different parts of the industry, many in anticipation of federal legalization. The situation for them is this: every component of the cannabis plant—all the terpenes and cannabinoids, etc.—are now legal, except for one: THC, the part of the plant that gets you high. Ludicrous! That happened with the passage of the 2018 Farm Bill, which legalized hemp and all the products derived from it, like CBD. The Department of Agriculture and the Food And Drug Administration are both working on regulations to govern the hemp and CBD industries, where chicanery abounds.

As noted last week in a comprehensive report by Cannabis Wire, other agencies, such as the National Institute of Standards and Technology and the National Institute for Occupational Safety and Health, are working on regulating things like product labeling and worker safety in the cannabis industry, including the part that sells products including THC.

But for now, the use and possession of cannabis is still illegal under Federal law. Ludicrous.