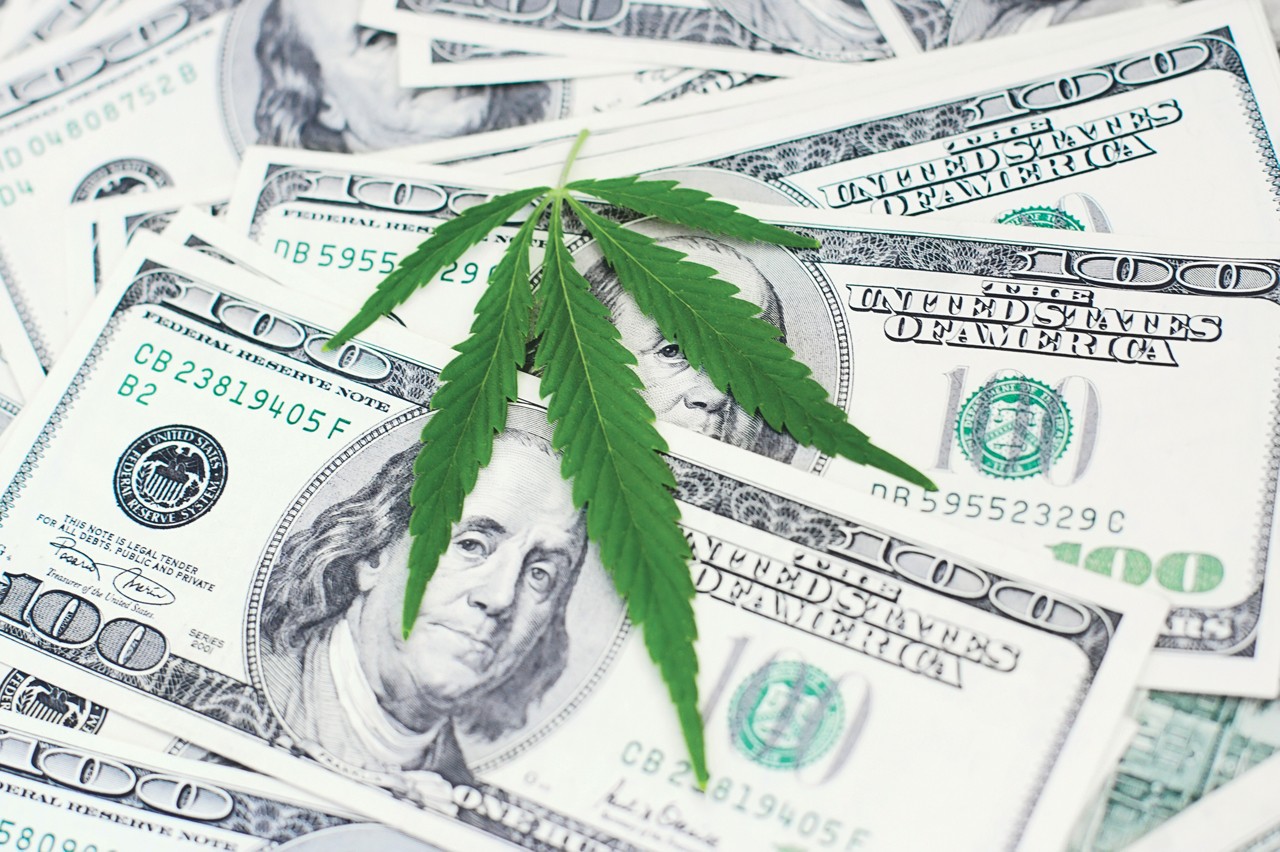 The U.S. House of Representatives last week passed the second round of economic relief legislation since the Covid-19 pandemic struck, this time including a provision that would enable banks to do business with cannabis companies without fear of legal liability. That provision, however, is almost guaranteed to fail in the Senate, leaving the legal-pot business hobbled in a way that no other quasi-legitimate industry is.

Republican Senate Majority Leader Mitch McConnell took to the Senate floor last Thursday to slag the bill, trying to make the cannabis provision sound dumb to his fellow Senators. He noted the number of times the word “cannabis” is used in the text of the bill—68. “‘Cannabis'” appears “more times than the word ‘job’ and four times as many as the word ‘hire’,” McConnell said, declaring that this revealed the bill to be a “totally unserious effort” on the part of “Washington Democrats.”

He didn’t mention the 62 times the relief bill mentions the word “dairy,” or the $16.5 billion the bill would set aside for direct farm payments, or its provisions for propping up the biofuels industry. It amounts to “a shipping list of ag- and -energy-related gimmes,” farming analyst Jim Wiesemeyer told Farm Journal.

Of course, the cannabis industry wanted some “gimmes,” too, in the form of access to the Small Business Administration’s relief programs, which other industries are getting. But even many advocates didn’t hold much hope for that. Meanwhile, the banking provisions would carry no real price tag: they would simply remove restrictions that have forced cannabis businesses to find alternatives to the banking services that all other industries are free to use unhindered.

The Senate is slated to vote on the overall bill, The Health and Economic Recovery Omnibus Emergency Solutions (HEROES) Act, on Friday. It would pump about $3 trillion into the economy to offset the effects of businesses being shut down across the country as people shelter in place to avoid spreading the virus. One reason cannabis was always unlikely to get direct relief was that, in nearly all the states where it’s legal, it has been deemed “essential,” and allowed to keep operating. Given the deep skepticism toward the industry in many quarters, that was enough for many lawmakers to wonder why pot businesses should get any more help than that.

Still, the banking provision isn’t exactly a third rail. Other than outright prohibitionists, there aren’t any constituencies who would oppose it. It’s not even strictly partisan: the sponsors of the measure come from both parties. Nevertheless, there are enough Republicans in opposition—particularly McConnell and Senate Banking Committee Chairman Mike Crapo of Idaho—that such a measure likely won’t pass unless and until the Democrats take over Congress.

The House last year passed the SAFE Banking Act—basically the same measure that’s in the relief bill—and it seemed for a while back then that it might have a shot of passing the Senate. But then Crapo put the kibosh on it.

Advocates for lifting the restrictions on banks say it’s not just a matter of practicality, or even of fairness: it’s a public-safety issue. Both customers and dispensary owners are constantly at risk because muggers and burglars know that cannabis is mostly a cash business. Robberies and break-ins are therefore fairly common in and around pot shops.

But nothing happens in the Senate without a nod from McConnell, and even before his bilious floor speech on Thursday, there was little indication he was going to budge on this issue. Michelle Rutter Friberg, The National Cannabis Industry Association’s director of government relations, said before McConnell’s speech that the NCIA was “cautiously optimistic that our concerns have been heard and will be addressed.” That could be taken at face value, or it could be interpreted as meaning, “Yeah, there’s no way this is going to happen, but we have to keep up a brave front.”

Rep. Lou Correa was just that blunt in his assessment, saying last week in a statement: “I think it’s sure to die in the Senate.”

The many interest groups that represent the cannabis industry and civil rights are a fractious bunch, but they’re all together on this issue. Ten of them, including the NCIA, the Marijuana Policy Project and the National Organization for the Reform of Marijuana Laws, co-signed a letter to congressional leaders earlier this month noting the danger to public safety posed by the lack of access to banking. And they added a timely twist: “Recent reports,” they wrote, “show that viruses can live on cash for up to 17 days, the public safety concerns of this cash-only system compound.”