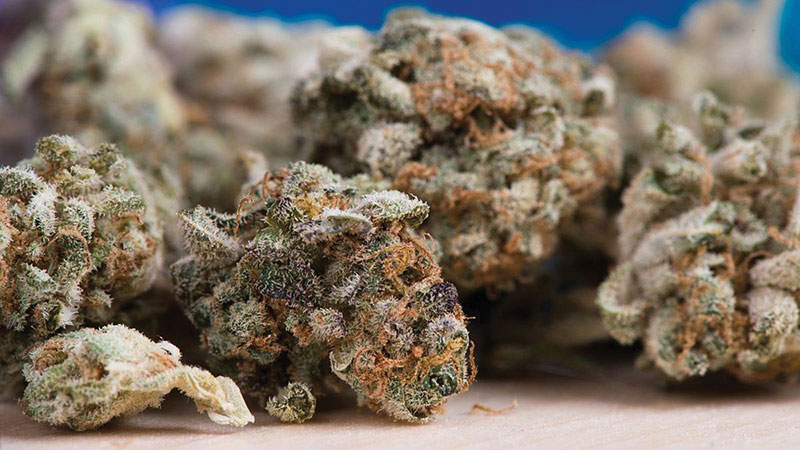 Recent great experiences flyin’ where I’m buyin’—from the hospitality buzz of Barbary Coast Lounge in San Francisco to the ethereal calm of Riverside Wellness in Guerneville—have clarified for me now more than ever that the consumption lounge is the future of chill. But is it also the past? After all, “tea pads” once ruled these lands.

I was astounded when I recently read about the tea pads, in part because I couldn’t believe that “tea” really was slang for cannabis. I remember Jack Kerouac writing about buying some “tea” in On the Road, but it always rang false to me. Like how in that book he writes gleefully about how mad he and his friends were, but neglects to mention that they were on speed. That’s slang for amphetamine.

Over the last couple of years, the word “cannabis” has come to roll cleanly off the tongue. It took a minute though. No more “reefer” for you to smoke. Or “grass.” Now we have cannabis in all its myriad consumption forms.

Taking a look back on the words used for the plant, we find attempts to control certain populations. You see, according to a PBS history of drugs in America, the term “cannabis” was already in wide use into the 1920s.

According to the report, “tea pads” where a person could purchase marijuana for 25 cents or less existed in cities across the United States, particularly as part of the Black “hepster” jazz culture. By 1930, it was reported that there were at least 500 of these “tea pads” in New York City alone. Imagine that, 100 years ago, New Yorkers were smoking up safely and without harassment in every neighborhood in NYC.

Then the Great Depression came, unemployment increased, and resentment and fear became tools in the hands of the powers-that-be to turn labor market anxiety to a suspicion of Mexican immigrants. Classic populist switcheroo. We screw you, then point across the aisle and say, “It was them; they did this to us.” And so happy-go-lucky cannabis became “marijuana,” a scary, foriegn Spanish word to set cannabis users apart from the good, white norm. Studies were funded which then conveniently connected marijuana use with crime. Laws were passed, unevenly enforced. You know the rest.

In particular, it was the federal 1937 Marijuana Tax Act which criminalized the plant. A period of mandatory sentences followed, only to be loosened a decade later with the arrival of “tea” in white suburban neighborhoods, thanks in part to the aforementioned Kerouac. Not to mention Bob Dylan and The Beatles.

Since those days, public cannabis consumption had found its home in parking lots of restaurants, around the back of the house party, or just far enough away from the play structure after church. Tried and true, but all a little sketchy.

In a series of state and local elections, we the people of California have voted out sketchy. We want our comfortable, chill, well-stocked smoking lounges, damn it. Indeed, such lovely locations do exist around the Bay and the state. But as yet they are still tucked away, inconsistent, uncelebrated.

Is it because for so long weed has been associated with the “underclass” residents of Latin and Black neighborhoods that we are still apprehensive to come out together and smoke ourselves into a chill? Meanwhile every neighborhood in America has a bar or liquor store getting fools all dizzy, tripping over themselves. puking on the sidewalk. But no, marijuana is dirty … and will stay that way as long as we hide around back.

Calling all jurisdictions in California: Open up the lounges, weed’s been here, weed is here to stay. It’s NORMAL.

When we can text home and say, “Honey, I’m just going to pop around to the tea pad on my way home. Meet me?” and they ping back, “I’m already there, love,” then we’ll be there, a jay shared among friends as the most normal, unstigmatized thing in the world.