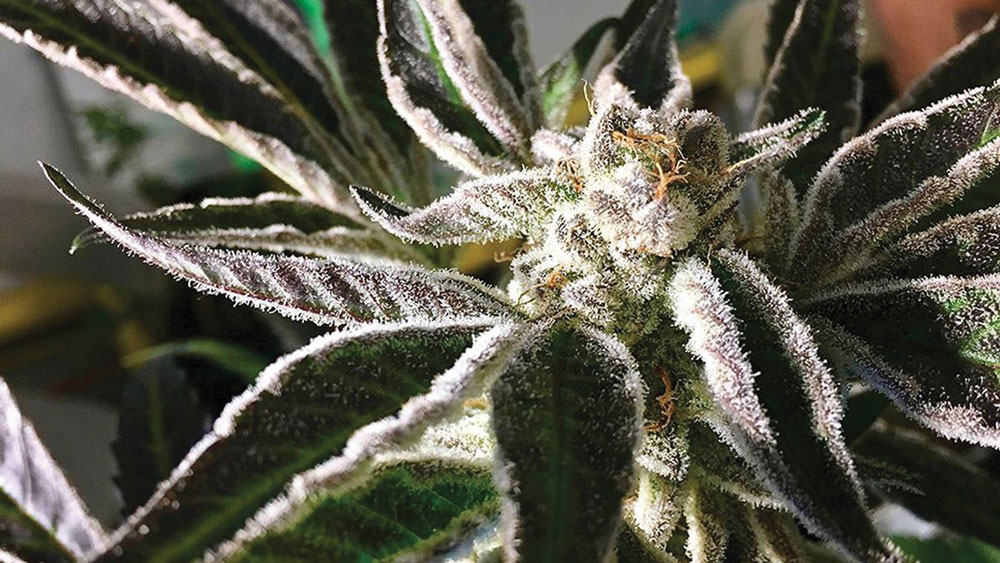 On its website, San Francisco-based Pax Labs, a pioneer of cannabis vaping products, has devoted a page to explaining the differences between the indica and sativa types of cannabis. Indicas, it says, “are typically relaxing and calming strains” that “activate the parasympathetic response, which can put you in ‘rest and digest’ mode.” Sativas, meanwhile, are “typically energizing and motivating strains” that “tend to inspire people toward creative and physical activities, such as art or exercise” and “can also be considered more uplifting.”

Many pot companies sell their products based on the idea that indica is relaxing and sativa is uplifting. Vapes, gummies and other products are sold as either one or the other, or as a hybrid with the percentages of each type featured on the label. It’s often the main selling point. The trouble is that the distinction is total bullshit.

There is a difference between indica and sativa, but it’s entirely cosmetic: indica plants tend to be shorter and more dense; sativa, taller and more sparse. The distinction is important to growers and to biological taxonomists. But there is no scientific basis for believing that one will have different effects from the other. Researchers have known this for years. Pot companies surely know it, too, but the myth is strong and hard for some of them to give up.

“There are biochemically distinct strains of cannabis, but the sativa/indica distinction as commonly applied in the lay literature is total nonsense and an exercise in futility,” Dr. Ethan Russo, a renowned cannabis researcher, told the journal Cannabis and Cannabinoid Research in 2016. If anything, Russo is now even more exercised on the topic. “It is absurd, in this day and age, to be discussing sativa and indica, as if these misused and abused terms told a consumer anything about their expected effects or biochemical composition,” he told me this week.

Pax Labs basically owns up to this on its own indica/sativa marketing page: “You should keep in mind that while the above are general rules of thumb, exceptions do exist. These generalities can be confusing, as there are some indica strains that are considered more energizing, and some sativas may be more relaxing. This all has to do with each strain’s unique chemical composition. The reality is that the seeming polarity of indica vs. sativa is actually a bit misleading. There’s an ever-increasing array of hybrids available for you to try.”

In other words, what Pax customers read is meaningless. Pax is far from alone in employing this kind of marketing. Cresco Labs, one of the world’s biggest cannabis companies, has a long and highly detailed page, full of pseudoscientific jargon, explaining the supposed “dramatic differences” between indica and sativa.

This is not to say that the makeup of the pot plant should be ignored. Cannabinoids and terpenes—“chemovars”—all have different effects, but those components of the pot plant aren’t determined by whether the plant is indica or sativa. “We should be talking about chemovars and using certificates of analysis to assess their relationship to observed reactions after their use,” Russo said.

The distinction seems to have sprung up, as so many myths have over the years, among pot smokers. To be fair, there might have been a grain of truth to it before interbreeding became so common that it erased whatever chemical differences there might once have been between the two types of plants.

Since states began legalizing weed for adult use a decade ago, and corporate marketing has basically aped what had been popular in the “lay literature” for many years, a backlash has ensued. Generally, people who are less marketing-oriented and more product-oriented, and who aren’t big fans of the VC-bro culture that has taken over much of the legal industry, are appalled by the fact that companies still leverage this false distinction.

Kristen Yoder, a pot-industry veteran who refers to herself as a “CannaBS Detector” and is the opposite of shy when it comes to calling out the industry when she thinks it’s deserved, sells t-shirts bearing the phrase “Sativa/Indica Is Lazy Marketing.”

Yoder’s plea: “Remove it from packaging! It’s irrelevant to anyone but the growers. Embrace science. It’s far more interesting.”