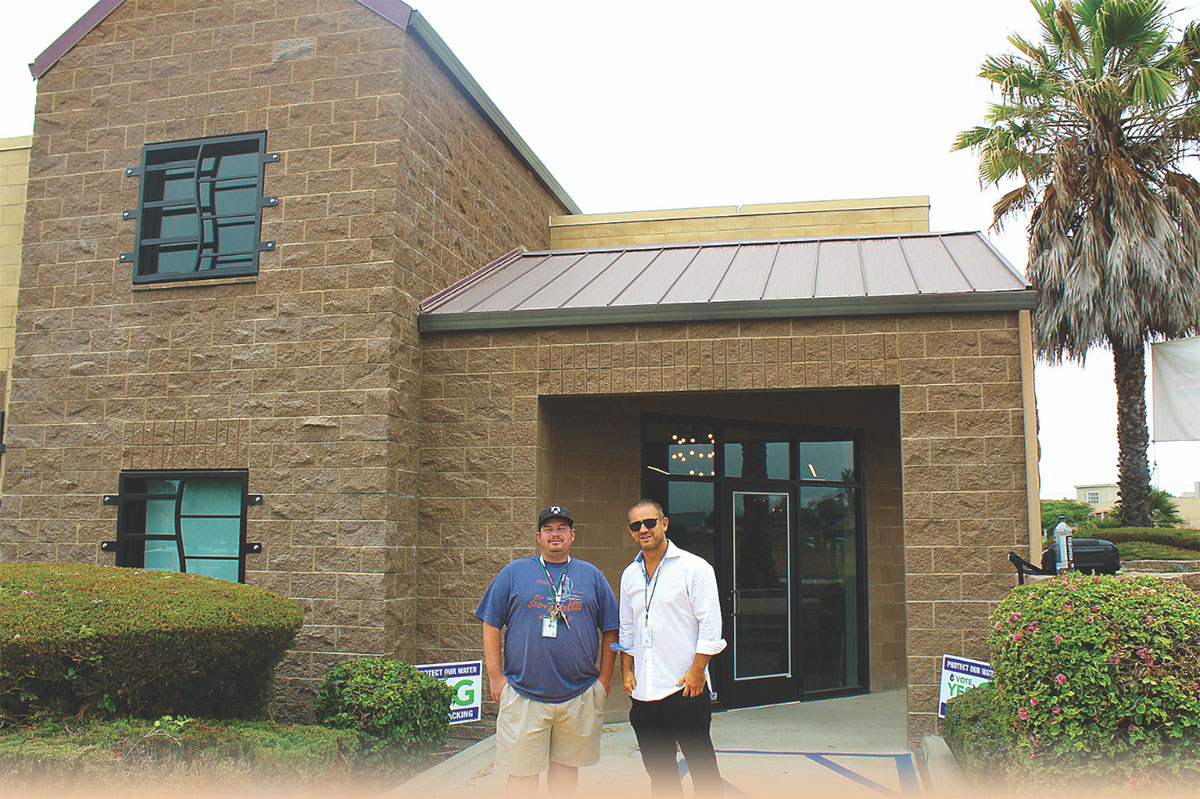 There are currently two licensed marijuana dispensaries in an industrial corner of the small town of Grover Beach in San Luis Obispo County.

The likelihood is, if one is driving through, the right address has already been called up on a smartphone GPS or maybe a friend just mentioned it as a spot to “check out.” Get lost, though, and the locations can be easily identified by the private security guards conspicuous at both storefronts.

In July, the Natural Healing Center, brainchild of business partners Helios Dayspring and David Separzadeh, became the second dispensary in the city, then the first medical marijuana dispensary in San Luis Obispo County to officially sell in the recreational market.

In the local medical marijuana industry for 13 years, Dayspring, now 32, says this is his first local retail venture but others are on the way with a building already bought in Morro Bay and others being scouted in San Luis Obispo.

Just down the block from Grover Beach’s first dispensary, 805 Beach Breaks, in what some have dubbed the new “cannabis district” along Highland Drive, the Natural Healing Center is the larger of the projects. Situated among lots slated for similar development totaling nine acres, the business partners first plan to build out inside the existing complex, with an extraction and processing facility next door to their sales floor and an onsite consumption lounge next year.

The publicly accessible — with an I.D. or visitor’s pass — portion of the approximate 5,000 square feet of space in their current facility is largely dominated by a bright media tower in the center of the room surrounded on four sides by glass cases filled with smokable pot, CBD derivatives and various products ranging from sprays and topicals to wearable patches.

A couch along one wall with edibles in a refrigerator flanks the entrance to a small room to the side which, unusual for such an establishment, has a window to the parking lot, although obstructed by security barriers. The cases there are currently empty.

“The dispensaries I’ve run before had only enough space for one of those four sides,” Dayspring said, gesturing to the hub of activity in the larger room. “We’re going to be moving the medical product to this [annex] room to give the older folks coming in for them a little more privacy, a different environment.”

He added that a good 55 percent of the people coming in now that do not need a prescription to purchase the drug are in the older set.

“With the purely medical dispensaries the people coming in were younger,” Dayspring said. “The newer crowd are the people that didn’t want to register on a list but are seeking relief for something.”

Separzadeh said that business had increased tenfold after they got permits to sell recreationally, a serious shot in the arm for the local economy which hadn’t gone unnoticed on the job market.

They estimated five walk-ins a day dropping off resumes.

“We’re really about having great customer service,” Dayspring said. “That’s the background we look for and the environment we spent time imagining for the space.”

Separzadeh, who comes to the Central Coast from Los Angeles, added, “most people are really blown away by what they see once they get inside. It’s definitely one of the nicer spaces of its kind in the state.”

With millions of dollars going into the development, quite a bit going on the multimedia center and bulletproof glass alone, they’re not done yet.

Common for facilities such as wineries or breweries which mix onsite production with purchase and consumption, they’re putting in a viewing window to the lab on the other side of the wall from the store.