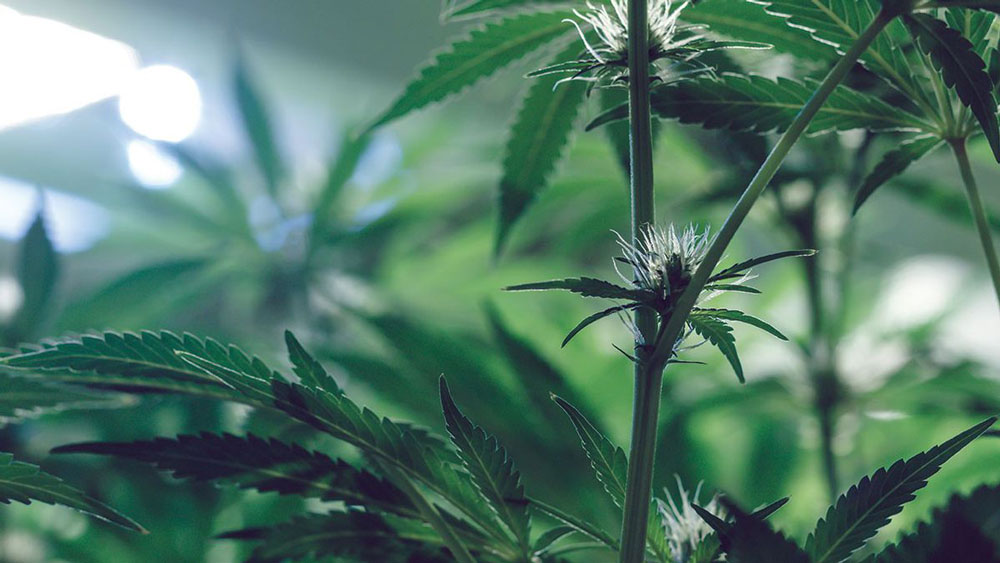 “Dennis Peron’s work served a higher purpose. Through his activism and advocacy for patient access and medical cannabis legalization, Dennis was advancing human rights and compassion in society. In his activism, I remember him sharing with me to ‘make it a celebration’ whenever possible, always. He believed that making life festive, fun and celebratory was a key ingredient to bringing people together for any reason.”—Brian Applegarth, founder of The Cannabis Trail Dennis Peron (1945–2018) was the most instrumental activist in California’s successful legalization of medical marijuana.

A gay man who lost his partner to AIDS, Peron had direct experience with the health benefits of cannabis. Already a leader in the gay counter-culture and a long time advocate of cannabis use, Peron thrived in the fight to use the ancient wisdom of the plant to ease the suffering of those afflicted with what in the 1980s was the most modern of diseases, AIDS.

In fact, this alignment of gay rights and the struggle for visibility of the gay community with the struggle for justice that is still spearheaded by cannabis decriminalization, then legalization and now full commercialization, is deeply rooted in the work of Peron.

It is a beautiful thing to review how Peron’s cannabis-lit synapses laid out and executed the strategy that would bring the Compassionate Use Act (Prop 215) into law and set in motion the changes that have brought us to this modern cannabis world.

In the 1980s, people were dying. The disease’s origin was elsewhere, but it first really became visible among gay men where they were most concentrated. In places like New York City and especially in San Francisco.
It looked like cancer at first. Then the mystery disease was given the acronym “AIDS.”

The young, wild scene of Castro was particularly susceptible. The fight to help those sick and dying was particularly ugly, with the straight powers that be looking to block research into treatment for a disease that seemed (at first) to only affect gay men. Christian conservative voices across the nation proclaimed that the disease was God’s punishment for sodomy.

Even in that environment, Peron was not going to be deterred. The challenges seemed to fire him up.

The real legal battle began with the bust of Brownie Mary in ’92 in Cazadero, Sonoma County. A sweet grandmother of a woman was arrested baking brownies to ease the suffering of dying men. As beautiful as Mary’s acts of compassion, the bust was just as beautiful as a strategic opportunity to leverage toward a cannabis care law.
Upon hearing of the bust, Peron immediately pulled out his tattered Rolodex and alerted the many media outlets that had interviewed him in the past. His goal was to create a buzz around the disconnect between the compassion of Mary and the justice system’s lack of concern for sick people.

During Mary’s trial, Peron helped to organize a parade of cannabis users to testify in court that they were successfully using the plant as medicine. Suddenly the media started to see medicinal marijuana as a topic worth covering.

For his next trick, Peron realized that eventually legal cannabis would need a place to be sold. He and his co-conspirators created a media event featuring a staged “cannabis buyers’ club.” Media were invited in and allowed to film patients buying cannabis in a fake storefront set up just for the shoot. Funny thing though. So many people called into the television station to find out how to join the buyers’ club, that Peron launched a real underground buyers’ club to serve them.

Perhaps the most entertaining moment of Peron’s successful pot mainstreaming was the time a man was arrested for buying weed in San Francisco’s Dolores Park. When he explained that he had a severe medical condition and only cannabis helped, the police gave him his stash back and told him not to buy it in the park. Instead they told the man about the buyers’ club and gave him Peron’s address.The Cannabis Trail is a nonprofit that honors the pioneers, places and moments that paved the way for legal cannabis access. Throughout the year, Pot Shots will feature the Pioneers Series, stories from this history, in collaboration with The Cannabis Trail.