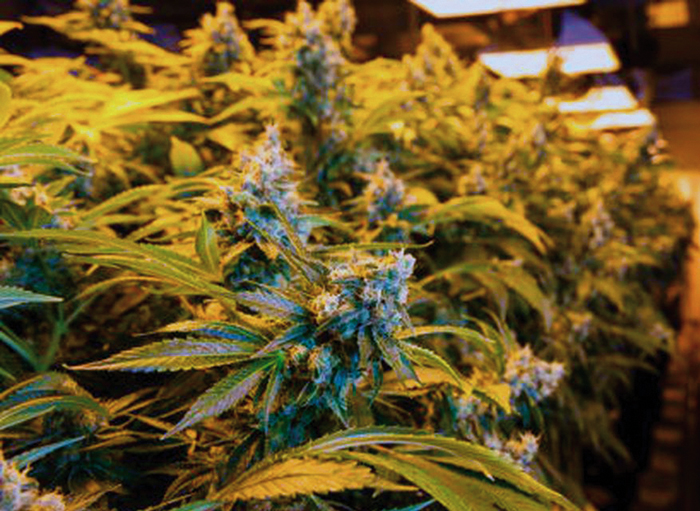 To get the best cannabis, consumers need to stop relying on this marketing technique

After decades of researchers being mostly barred from studying the cannabis plant, and particularly the effects of cannabis consumption, and even more particularly the euphoric effects, we’re only now starting to learn that THC, the most famous of the plant’s many elements that affect mood, is far from the end of the story.

There are other cannabinoids (like CBD and CBN), and there are many different kinds of terpenes (with names like linalool and geraniol), the effects of which are often mysterious. And all these components affect each other, as with the “entourage effect,” which describes how, for example, CBD and THC affect each other, with each either limiting or enhancing the effects of the other.

All of these components have implications for the health and therapeutic effects of cannabis. But many people who are just looking to get high have tended to look at just one aspect of the products they buy: the level of THC. The higher the number, they think, the higher they’ll get.

And in a very loose sense, that’s true. THC is “the part of the plant that gets you high,” as is so often stated. That’s why THC levels are prominently indicated on labels: It’s usually a legal requirement, but it’s also a marketing tactic.

But it’s complicated by all that interaction among the elements, and also—for folks who think aesthetics are important—by the fact that the smell and taste of various products varies so much, regardless of THC content.

So there is, or should be, much more to purchasing weed than the numbers (like, say, “13.5% THC”) alone indicate. While not entirely meaningless, THC levels shouldn’t be the only, or even the main, criterion when selecting a product. Weed with a high THC level might make you feel anxious, or tired when you don’t want to be, or just too stoned. Or it might just be an unpleasant high because it’s not the right product for you.

Complicating matters further, that same weed that you didn’t like one day might be the perfect product for you on a different day, depending on your mood going in, or on whether your desired outcome has changed. Maybe you want to be tired in order to get a good night’s sleep.

The interactions between THC and other elements might make a relatively low-level THC product more potent, or a high-level THC product less so. Some cannabis companies have decided to abandon their reliance on THC levels in their marketing, setting themselves apart from the pack. For example, Timber Cannabis Co., a cultivator and dispensary chain in Michigan, has a whole web page devoted to the topic, titled “Why THC Percentage Doesn’t Matter.”

That might overstate slightly, but it’s not wrong. Some consumers need to know whether their product contains a lot of THC: say, someone looking for a CBD product for therapeutic reasons, and who wants to take advantage of the entourage effect by ingesting a small amount of THC, but doesn’t want to get stoned. But for recreational users looking for a buzz, the precise levels of THC don’t actually mean much.

Thanks to the fact that consumers are so bewildered by all this, and to the fact that so many weed companies have taken advantage of it by emphasizing THC levels, the marketplace has made things even more confusing. The worst example of this is outright fraud: cannabis companies that “lab shop” to find a cannabis laboratory that will be happy to manipulate their results so that product labels indicate a higher level of THC than the products actually contain.

Some cannabis companies have approached PSI Labs, which has a facility in Monrovia, and asked, “Can you help us out?” PSI CEO Ben Rosman told Cannabis Business Times. In other words, they were asking him to fudge the numbers. PSI turns down such requests, Rosman said.

What is a confused consumer to do? Try different products. Read legit reviews online. Ask your friends. Talk to trusted budtenders at your favorite dispensary. But mostly, stop relying solely on THC levels, which, even when they’re accurate, don’t tell you much of anything.

Buds on the Ballot: Polling indicates that Americans’ support for legal pot only continues to grow