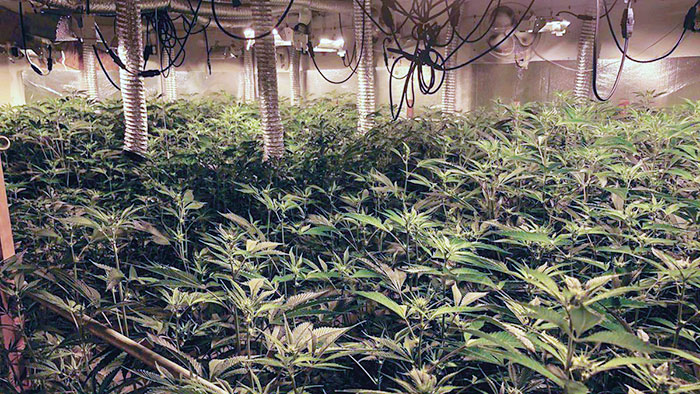 Just a few years ago, legit cannabis researchers were still getting all their weed from a farm operated under a federal license by the University of Mississippi: their sole legal source. The pot that comes from that farm, which, perversely, is administered by the National Institute of Drug Abuse, is crap: dry and crumbly, filled with seeds and stems, and nothing like the pot you can buy in a dispensary or from the street. Sometimes, it shows up with mold on it.

Most researchers thought they were stuck in that sorry situation for the foreseeable future, whatever promises the Drug Enforcement Agency might have been making about issuing new licenses to other growers. They did the best they could with what they had, but any research involving weed that might as well have come from a teenager’s bedroom in 1976 was by definition substandard. A study that determines, say, the pain-relieving potential of pot containing a third as much, or even less, THC or other cannabinoids as the stuff most people actually consume doesn’t really tell us anything.

The DEA started promising in 2016 that it would start issuing new growing licenses. Three years later, researchers in California universities, and around the country, were still waiting. They continued waiting for a few more years.

As so often happens, change came slowly, and then all at once. This week, the DEA issued its seventh growing license, to Maridose LLC, a pharmaceutical company based in Maine that specializes in cannabis products (issued in conjunction with the Justice Department).

That California is so heavily represented makes a lot of sense, of course. The irony of the previous situation was that researchers at universities from San Diego to Davis were surrounded by some of the best weed in the world, and yet were limited to studying pot that might as well have been grown in a roadside ditch in Iowa.

Decades ago, the Mississippi farm was the stuff of legend among stoners: The myth was that the government was “secretly” growing the best pot in the world, even better than Maui Wowie. (This tale was often told in conjunction with another story: that the tobacco companies all had vast fields prepared to start growing super-potent weed the minute pot was legalized, which for a while in the ’70s seemed like a real possibility.) The truth was the precise opposite.

Issuing these licenses doesn’t solve all the problems. Researchers are still hamstrung by red tape. Each one must be separately approved, for starters. And many universities are still skittish about having anything to do with pot, because it remains federally illegal, and, license or no, they worry about losing endowments or other sources of funding.

Maridose’s license, said company founder Richard Shain, is “the culmination of over five years of working with the DEA and enables Maridose to legally sell a wide variety of cannabis products through the DEA to researchers and DEA-licensed pharmaceutical companies in the United States and internationally. Cannabis businesses operating in states that have state legal cannabis are unable to ship across state lines and operate at legal risk because cannabis remains a Schedule 1 substance at the federal level. Maridose is able to legally supply our customers without these risks and limitations.”

Well, true to a point. There are still plenty of risks and limitations. The Scottsdale Research Institute got its license in May of last year. In October, SRI president Sue Sisley announced on Twitter that the Bank of America had closed down the institute’s account. This, she wrote, “TRAGICALLY shuts down our research.”

Researching weed—the drawbacks and benefits alike—will stay hamstrung in one way or another until the federal government finally legalizes cannabis.